What Are the Hard Drive Types on the Market? 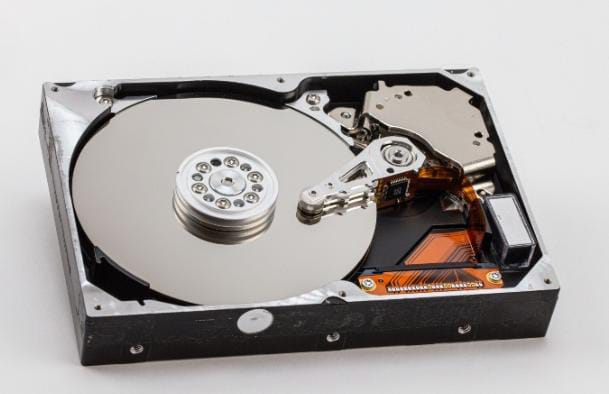 BM invented the first hard disk driveway back in 1956 for large mainframe computers. Back then, hard disk drives were the size of refrigerators, a stark difference from the HDDs we have today. However, size isn’t the only thing that has changed.

Since its inception, the hard disk drive has gone through multiple technological changes. Advancements in wiring and electronics have drastically reduced the size and performance of the hard disk. It has also led to the development of different hard drive types that suit specific needs.

Spectrum get customers a multitude of features to enjoy with their subscription. Here are yet more reasons to choose Spectrum Cable as your TV provider.

In today’s post, we’ll be looking into the types of hard disks available to consumers today.

The PATA interface standard was a common interface that you could use across multiple devices. PATA drives have a data transfer speed of up to 133 MB/s and can connect to two devices on a single channel at most. Since most motherboards have two channels, you can connect up to four PATA drives.

PATA drives are hardly available these days because most computer systems don’t support them anymore. Plus, they’re way slower than the hard drives we have today.

SATA drives came onto the hard drive scene back in 2000 and took the PC world by storm. To date, they remain one of the most popular hard disk drive types and are supported by almost all motherboards.

SATA drives have several advantages over PATA drives. First off, they boast smaller-sized cables than IDE drives. Instead of having 40 or 80 conductors, they only have seven, consequently reducing their cost.

SATA hard drives contain rotary hard drives, in the form of spinning platters. It also contains a needle that writes data on sections of the platters. Compared to PATA drives, SATA disks are faster, with data transfer speeds of up to 6 GB/s.

In terms of storage capacity, you can find SATA drives with up to 16 TB capacity. However, the 500 GB and 1 TB versions work great for most people. You won’t have to pay through the nose for these drives.

SATA drives have an edge over PATA drivers. Here are a few advantages of SATA hard disks.

A SATA drive is a great option for storing your documents and personal files. However, it’s not without its downsides. Here are a few cons of SATA drives.

SATA drives are arguably the most popular type of hard disk drive today. However, solid-state drives are giving it a run for its money.

Solid-state drives, or SSDs, are a recent entry into the hard disk drive arena. Instead of using mechanical parts to write data and read it from the disk, SSDs use magnetism and flash drive technology. This eliminates the need for moving parts, making them faster than other drives.

Opening up an SSD will reveal a semiconductor chip and integrated circuits. You won’t find any rotary disks that are characteristic of hard disk drives. SSDs work on the same principle as your computer’s random access memory (RAM).

Pinning down on a single speed for SSDs is a tad difficult since it varies with the manufacturer. However,  a standard SSD has a sequential read speed of about 500 MBps. This can be slightly lower or higher, depending on the SSD manufacturer.

SSDs have attracted a large consumer base, with some saying they’re much better than SATA drives. We don’t know for sure, but here are a few pros of SSDs.

What’s more, SSDs are more interactive with their PCs. For instance, you can check the condition of your SSD using special software. Setapp.com has an excellent guide on how you can check your hard drive’s health on a Mac.

Solid-state drives are the go-to choice for most people. This doesn’t mean they don’t have drawbacks. Here are a few cons of SSDs.

The Non-Volatile Memory Express drive, or NVMe, is the newest kid on the block. Not much sets them apart from SSDs. In fact, you can think of them as a type of SSD.

The “Non-Volatile” in NVMe refers to the type of data held on these hard drives. Non-volatile data means data that doesn’t disappear when you reboot your PC. “Express” in NVMe indicates that these drives use PCI Express, or PCIe, as their interface.

This interface has an advantage over other types of interface technologies because it connects directly to the motherboard. This means incredibly fast transfer speeds compared to all other hard disk types.

Although names are relatively new, it’s hard to ignore their advantages. Some pros of names include:

names have their fair share of downsides. Some of the cons of names include:

Now that you know the various hard drive types, it’s up to you to pick the right storage device for your needs. If you don’t want to tear down your computer to install a new hard disk, you can always buy an external drive.

Don’t forget to check out the other posts on the site for more informative content.